The loss of ovarian hormone production during menopause parallels the progression of the cardiometabolic diseases of aging – including diabetes, hypertension, strokes, and myocardial infarction. Nevertheless, despite an abundance of scientific data, menopause remains poorly understood for its wide impact on female health. Only by acknowledging the significant role played by ovarian senescence and its associated loss of ovarian hormone production, will the medical approach to menopausal women be optimized.

The connection between the dramatic decline in ovarian estrogen and progesterone production and the ramifications this has on the health of postmenopausal women is reviewed in this article. The data supports a renewed interest in the prescriptive use of human identical hormones to reduce the development of the related cardiometabolic diseases. 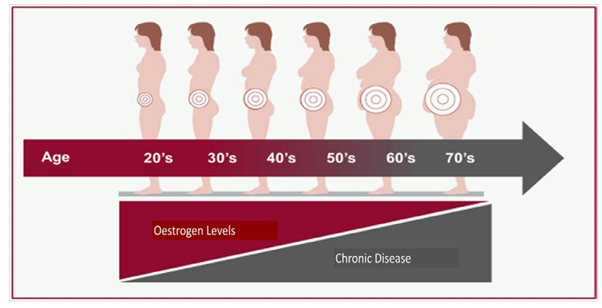 Figure 1: Age-dependent shift in oestrogen levels. Levels of oestrogen decline with age and result in increased visceral fat, higher rates of insulin resistance and an increase in cardiovascular disease.

For many years, replacing the hormones lost subsequent to menopause was highly encouraged, but that practice came to an abrupt halt with the unexpected, premature closure of the landmark study, the Women’s Health Initiative (WHI). Unfortunately, the mode of estrogen delivery, and the specific forms of the hormones utilized in the study, were ultimately found to be harmful, and on reanalysis, many of the conclusions were modified. Nevertheless, huge numbers of women worldwide discontinued hormone use and their prescriptive use plummeted. Only recently has the use of hormones in menopausal women begun to slightly increase.

This article reviews the positive findings of the early, observational studies, the unfortunate misunderstandings and misapplication of the data associated with the WHI, the subsequent more reassuring studies, and the basic science supporting the use of human identical hormones in appropriate, recently menopausal women. The authors promote a greater understanding of female hormones and their positive health benefits in women. The goal is for a paradigm shift in the current thinking of the roles played by human identical estrogen and progesterone, thereby re-establishing their widespread use.

Conclusions from the article: 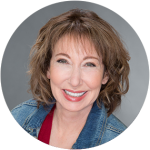 Felice Gersh, M.D. is a multi-award winning physician with dual board certifications in OB-GYN and Integrative Medicine. She is the founder and director of the Integrative Medical Group of Irvine, which provides comprehensive health care for women by combining the best evidence-based therapies from conventional, naturopathic, and holistic medicine.

An active part of the PCOS community, Dr. Gersh works with the PCOS Awareness Association and is a member of the PCOS Challenge’s Medical/Scientific Advisory Board. She speaks at the annual conferences of both non-profit organizations. She is a member of the AE-PCOS Society, and has spoken multiple times at their prestigious academic meetings.

She taught obstetrics and gynecology at Keck USC School of Medicine for 12 years as an Assistant Clinical Professor, where she received the highly coveted Outstanding Volunteer Clinical Faculty Award. She now serves as an Affiliate Faculty Member at the Fellowship in Integrative Medicine, through the University of Arizona School of Medicine, where she lectures and regularly grades the case presentations written by the Fellowship students for their final exams. She has had many scientific articles published in prestigious medical journals, and most recently had an article chosen to be featured in Mayo Clinic Proceedings.

Additionally, she is a sought after medical forensic expert and has worked on numerous high profile legal cases.

Felice Gersh, M.D. is the bestselling author of PCOS SOS and the PCOS SOS Fertility Fast Track and her newest book, Menopause: 50 Things You Need to Know, is now available on Amazon. She is a prolific lecturer and has been featured in several films and documentary series, including The Real Skinny on Fat with Montel Williams and Fasting with Valter Longo, Ph.D.

Learn from Dr Felice Gersh at our upcoming Menopause Masterclass on 12-13 March 2022. Don’t miss this chance to learn directly from one of the most globally recognised experts on women’s health!